Happy Winter Solstice! While the true solstice isn’t until 9:15 PM tonight, we can celebrate all day today!

The solstice occurs when the North Pole is farthest from the sun. This is because the earth’s tilted axis that causes there to be less daylight in the winter in the North hemisphere. This is the opposite of the Summer solstice when the we get the longest day of the year.

Many in the sky island region love the long nights and chilly weather during the winter, but the solstice is the turning point. After today the days will steadily get longer, causing the change in seasons and the steady rise in temperatures.

So, celebrate the long night tonight and wonder at the earth’s dynamic axis. 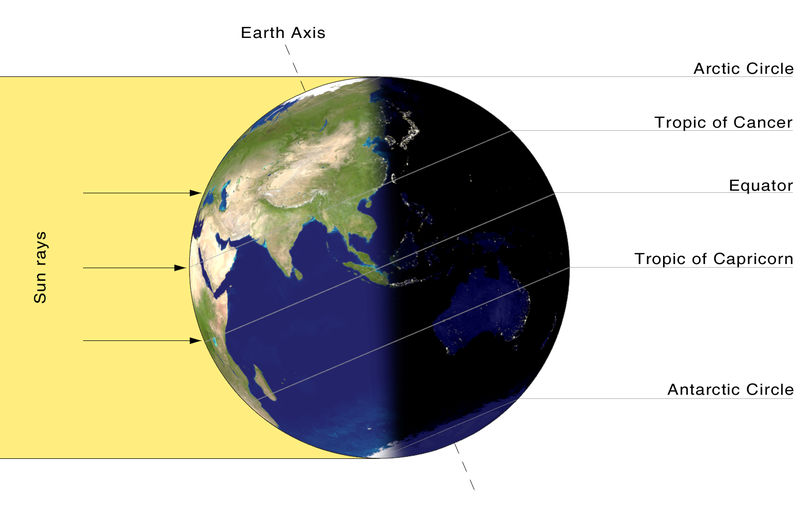 Illumination of Earth by Sun on the day of winter solstice on northern hemisphere. Image by Przemyslaw “Blueshade” Idzkiewicz.